Greetings from Ulan-Ude! Same ring as London? New York maybe? No, you’re wrong. More like Poffadder. The towns claim to fame is that it has a gigantic statue on Vladimir Lenin’s head. Ulan Ude is a shower stop for me – I can’t stomach the idea of a 35 hour trip to Mongolia so decided to have a pitstop in this metropolis. 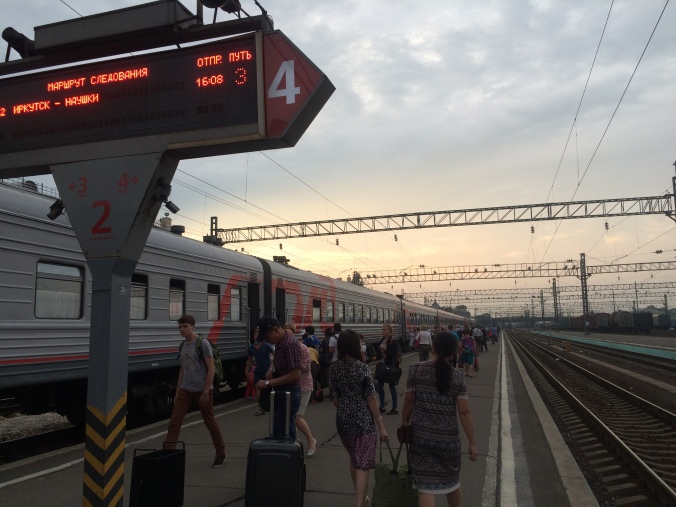 Leg 6 of the Trans Siberian to Ulan-Ude

I last wrote when I was on my way to another metropolis called Irkutsk. It’s one of those places I just can’t get the pronunciation of the name right – it’s impossible for me to say it correctly. The town itself – nothing to write home about really – your typical Russian town with Stalin-esque buildings of grey concrete with the occasional wooden house thrown in here and there. What makes Irkutsk a must see though is it is the gateway to Lake Baikal.

Lake Baikal – what you need to know:

I think the best way to try and make the most of the lake is to trek around a bit of it, so off I went on a 2 day trek to one of the villages on the lake called Bolshiye Koty. Another random fact – you can only access this village by boat or by foot. Unless its winter, in which case you can drive across the ice.

The hike is incredible and it certainly gets the Dinks in Transit stamp of approval!

It starts off with a walk through taiga forest (a snow forest characterised by coniferous forests) – it’s crazy walking through this as you’re surrounded by naturally growing trees that are incredibly tall, almost blocking out the sun. All you smell is that pine scent – I’m telling you, I could totally do a Christmas here. The negative 40 degrees may be an issue though! 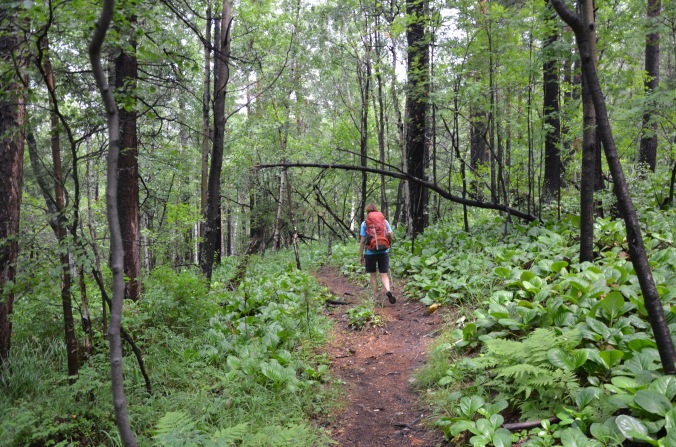 When you eventually reach the lake, you are blown away by its sheer magnitude. It looks like the sea – water up to the horizon, cliff edges, beaches! We had lunch on one of the beaches and you’d be forgiven for thinking you were somewhere in southern Turkey. A bit of a quirk for me is the water is so clean, you can literally walk up to the shore with a cup and drink straight from the lake. I tried it well expecting that I may need to find a private tree in 10 minutes but all was good! 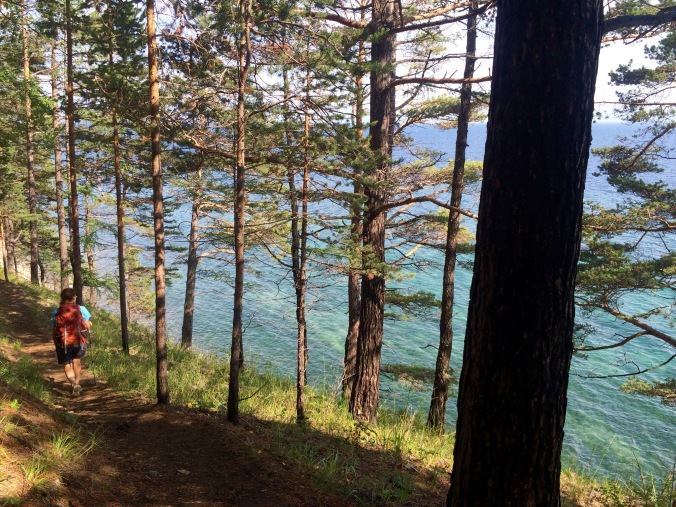 20 kilometers later, we arrived in Bolshiye Koty. A small town, mostly inhabited by researchers studying the lake and the physics behind it. In winter, the town pretty much dies as how do you study what’s in a lake when its frozen over?

Another day of trekking the next day took us to Scribber Rock – more of the same incredible views – you can’t get bored of them. After lunch, we returned to Irkutsk where I took the next 2 days ‘off’ (yes I’m permanently off Brad, shut it). Nothing remarkable here – had a haircut which was a catastrophic disaster – the language barrier struck again and instead of getting what I thought I asked for, my head got shaved and now I look like a member of the KGB. Honestly, the last time my hair was this short was at birth.

Next stop, Mongolia. I can’t wait – the Gobi desert is one of the reasons I chose to do this leg of the trip – should be great!