The islands are one of those places you plan to spend 2 nights at, but end up doubling your trip and then some. The word ‘island’ may mislead you – we’re not talking about the crystal clear blue water ones… it’s the end of the rainy season in Laos and the Mekong is 7 meters higher than usual. The islands are, in essence, gigantic sand bars in the middle of the Mekong River.

The combination of the beautiful, languid Mekong, bungalows on the waters edge and the ‘going nowhere slowly’ vibe makes this such an awesome place to relax a bit. 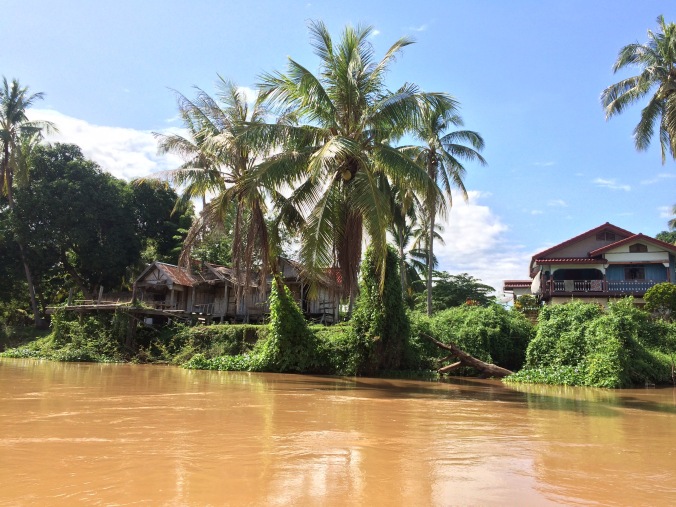 The typical setting in Si Phan Don (4000 Islands) – bungalows on the waters edge.

Practically speaking, of the 4000 Islands, there are really 2 main ones to see – Don Khon and Don Det. I stayed on Don Det in a great bungalow which only cost $2,50 a night! That’s the beauty of being there in the low season. The other rule about being on the islands in the low season is everything is negotiable – never accept the first price you are offered!

On a side note – if you can’t decide between the 2, they’re so close together and separated by a bridge so getting between the 2 is hardly a problem. 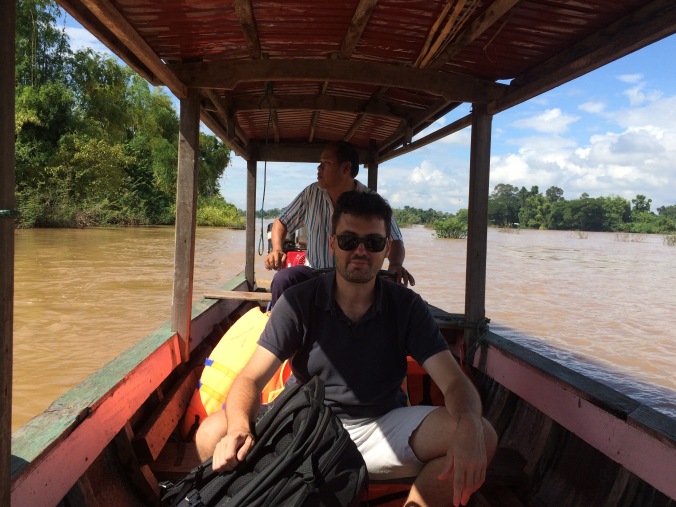 The boat to the islands – it’s a different world out here. I need a haircut pretty badly!

My mate and I got a little lost the one night walking the 2,5 kms back to our accommodation… although it’s a relatively small island, navigating around it in the dark isn’t for the faint of heart. There are no roads, only mud tracks. And when I say mud, I mean a lot of it! Somehow we took a wrong turn and ended up walking straight down the middle of the island. I saw my arse in the mud. I can imagine it was a graceful thing to witness!

We discovered a swimming pool on the island which amazed me – I mean this island has very little infrastructure but there was a massive pool in the middle of nowhere! It was only blue for 1 of the 4 days we were there but hey, I’ll take it – it’s an island in Laos after all! 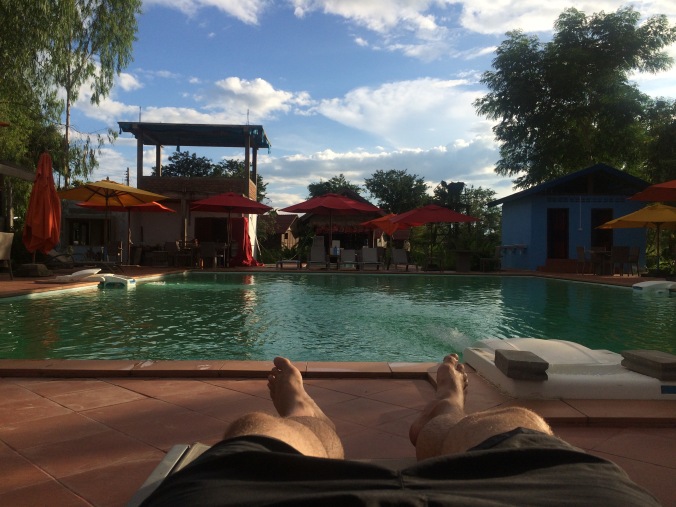 A rare find in the middle of nowhere!

Over the 5 days there, a group of 5 of us formed. When we weren’t at the pool, we were trying to find a good place to eat or have a beer. One such night saw myself and 2 other guys jump onto a tuk-tuk of sorts (a motorbike with a weird sidecar attached that could possibly seat 2 comfortably but the 3 of us squeezed in) and head out to the town. This was easily the most harrowing taxi ride of my life – bouncing around on a bumpy, muddy road for what felt like an eternity. We hit one pothole which saw Liam being launched out of the sidecar. Thank goodness the man is ok – it could have been a disaster! 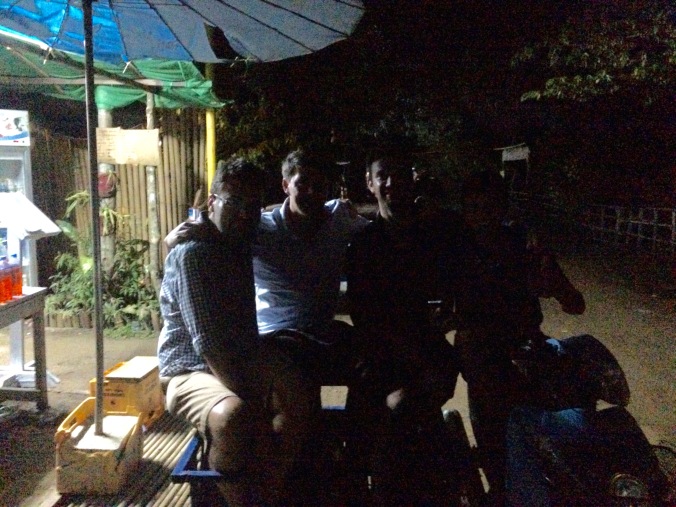 It’s a terrible photo but the best I’ve got of this moto-taxi.

All in all, the 4000 Islands should really not be missed! Many people choose to skip the south of Laos and head straight to the north but you really shouldn’t do it if you have the time.