After leaving Mabul, I made my way to Kota Kinabalu (KK) – the capital of Malaysian Borneo. This meant a midnight flight in a small plane through a storm. I once said I enjoyed turbulence. I may need to retract that comment – Malaysia Airlines needs to steam clean seat 2A now. I also nearly had a vicious attack by a monkey. An animal sanctuary may need to do a bit of a clean up too.

What didn’t help the situation was I had just bought a new book which starts off with a scene of a devastating plane crash in the forest. My brain quickly made the connection with Borneo and that was it – 45 minutes of clutching onto my seat, hoping for the best. The pilot was a little cowboyish too which didn’t help either. Maybe this is why my flight only cost R240?

Nonetheless, I made it to Kota Kinabalu (KK), the capital of Malaysian Borneo, in one piece. The first thing I noticed about this city is that it is much bigger than I anticipated. I was expecting some sort of backwater city, but what I got was this large metropolitan, complete with massive shopping malls and great infrastructure. Hell, the Queen Mary 2 was even docked nearby!

A troop of Proboscis Monkeys at the Labuk Bay Conservancy.

There isn’t much to do in the city, however. It’s a popular base from which to explore the nearby jungle and Mount Kinabalu.

My first adventure was a trip out of the city to try and spot the rare Proboscis monkeys in their natural habitat. This trip made me realise that although KK is pretty big, Malaysian Borneo quickly turns to jungle and small villages as soon as you leave the city. 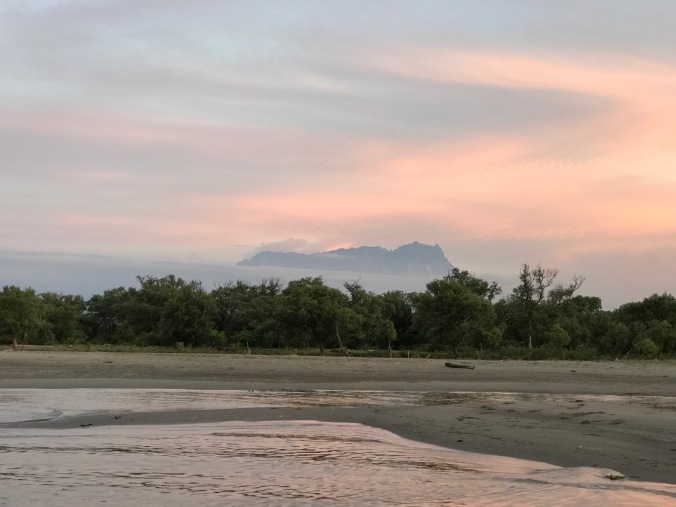 Mount Kinabalu visible in the distance. I summited this yesterday – my legs are shattered!

I didn’t spot any Proboscis monkeys sadly – I think the influx of loud tourists and boats have scared them further into the jungle, but the trip did make for a great river cruise and a spectacular sunset, Sadly, the pollution situation is just as bad here as it was on Mabul.

A beautiful sunset, ruined by the ridiculous pollution.

The one highlight was a night boat through the jungle to spot the fireflies in the trees on the river banks. This was awesome – the trees are full of these little creatures which light up like 3D fairy lights when they see yellow light (females light up as the males’ shine yellow – if only being human was this simple). I can’t even begin to tell you how cool this was – floating silently along a river in pitch black darkness with the trees alight with thousands of flashing fireflies, all gently flying closer to the boat, being attracted by the yellow light – definitely something I won’t forget.

The next day saw me flying to Sandakan – a town a 35 minute flight away, or a 6 hour bus ride. Considering Air Asia offers R200 return flights here, the flight was a no-brainer! 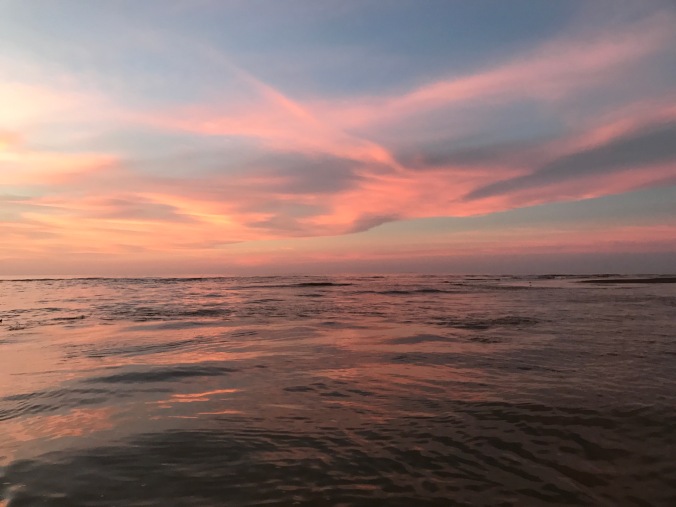 Sandakan is home to some of the coolest, rarest animal species Borneo (and the world) has to offer and  it needs to be high up on your list of things to do when you come to Borneo. I’ll write a detailed blog on it as a reference piece as the info out there isn’t so great, but to give you the highlights…

One of the star sites is the Sepilok Orang Utan Rehabilitation Centre. This centre is doing some incredible work, recovering extremely rare, critically endangered Orang Utans from the pet industry as well as sheltering them from the relentless destruction of their natural habitat, thanks to the expansion of the palm oil industry. Read about why palm oil is so bad, both for you and the environment, here. I didn’t know much about this until now.

Orang Utans share around 94% of their DNA with humans and to observe them is one of the most fascinating things I have ever done. Although they look different to us, if you look at their hands, eyes and noses, you can see such similarities with us. In addition to that, they have personalities so similar to children. Flip, they are so cool. Sadly though, I fear for their survival. Humans can be a disgusting species – wanting to capture, hunt, kill and hurt these poor creatures. It seems like the arseholes are winning this battle globally at the moment.

Feeding time. Orang Utans are up to 4 times stronger than humans but this mom was so gentle, even with her baby on board.

Next up was the Labuk Bay Proboscis Monkey Sanctuary. I really wanted to see these creatures in the wild, but being unsuccessful in that endeavour, I tried the next best thing by going to this sanctuary. There are lots of these monkeys around here, and although cool to see, I got a funny vibe from the place. I couldn’t find too much information about the work that they actually do, apart from charging an extortionate entrance fee and feeding the creatures a lot!

There’s no doubt these monkeys are fascinating, although not blessed with the best of looks. Sadly though, these guys have been on the endangered list since 2000.

Following the trend of trying to spot rare animals, I went to the Bornean Sun Bear Conservation Centre too. These creatures are so cool. 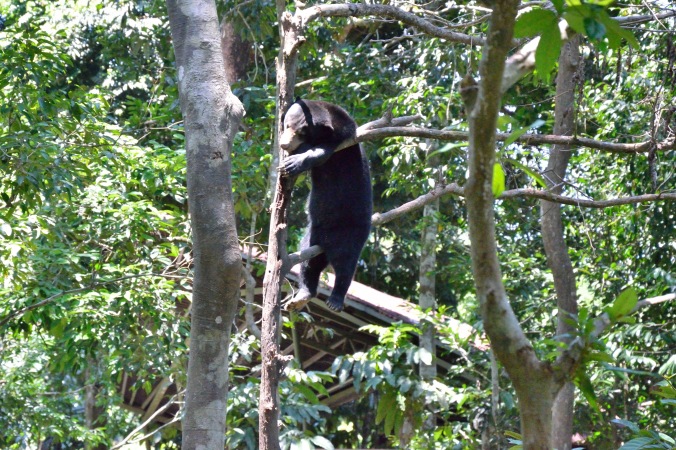 When you just can’t even. This guy takes chilling to a new level!

The reserve also has other species of monkeys and I had an encounter with a male Macaque and it was one of the most terrifying moments of my life. This guy unsuspectingly crossed paths with me whilst I was on a viewing platform (one entry/exit) and started charging me. Fuck my life. I had visions of being castrated by a monkey in Borneo which would be less than ideal on numerous fronts. This thing had 4 inch teeth and all I had to defend myself with was a camera and bottle of water. I carefully backed away when it came towards me, shouted at the bastard and got the hell out of dodge as soon as he moved away from the exit. I’m lucky – this could have been really, really bad.

Before I knew it, I was back on a plane to KK. The following day would see me departing to Mount Kinabalu to summit Borneo’s highest mountain. Not too sure why I do this to myself.

One thought on “Borneo and its epic creatures and jungles”