I spent the last week odd in Banos and Cuenca in Ecuador before heading across the border to Peru. The towns themselves didn’t really do much for me but I feel like the EPIC bus ride to Huaraz in Peru is worthy of a post on its own!

Banos is a town every backpacker you come across in Ecuador will rave about. It’s meant to be the adventure hotspot of Ecuador but the adventure is a bit of a mixed bag… yes, there are the normal hikes and waterfalls, Pailon del Diablo (The Devil’s Cauldron) being one of the most impressive waterfalls I’ve seen. 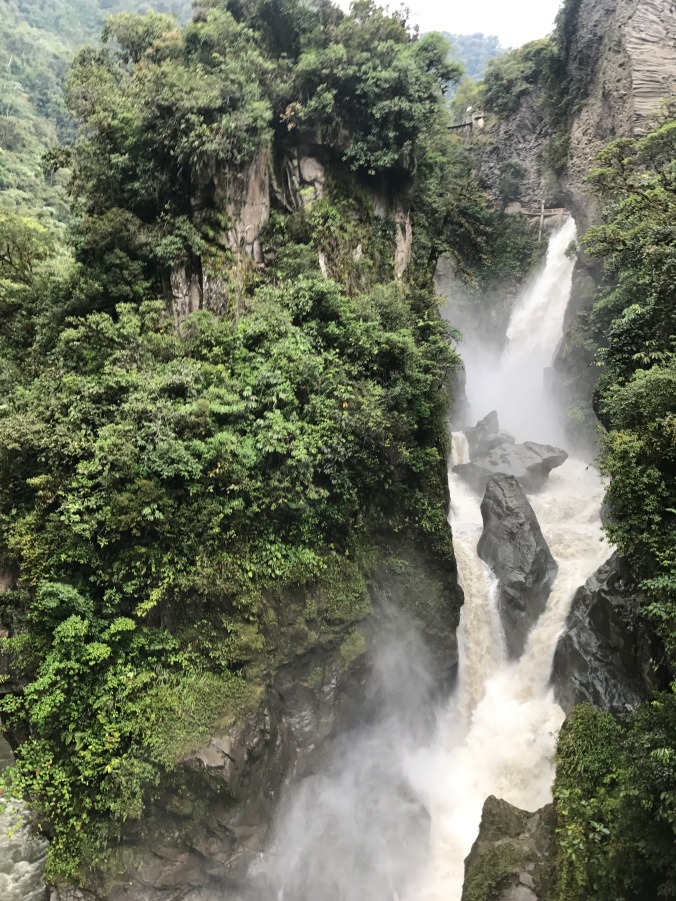 But then you get the other stuff – ‘highest swing’, catapult this and that, etc. All a bit gimmicky for me. I mean really, pay to sit on a swing and swing over a canyon? Ok, maybe I can see the appeal a bit…

I arrived in Banos at the arse crack of dawn and made my way to the hostel where I immediately fell asleep until the middle of the afternoon – bus trips aren’t pleasant experiences, especially with kamikaze drivers and windy roads.

I spent the better part of 3 days chilling in a cool coffee shop where I found the best coffee South America has to offer so far and proceeded to read 3 books. I ventured to the waterfall and did the odd hike but honestly, I didn’t get the appeal. I ask myself if something is wrong with me as I seem to be the only person that doesn’t rave about Banos. Hell, maybe I had overly zealous expectations.

I know many rave about the thermal baths and I was keen on giving them a bash but there isn’t a snowflakes chance in hell I will ever voluntarily get into water that brown and that crowded with other people. If I have to get Hep C, I’d choose other methods of infection.

From Banos, another delightful 7 hour bus ride awaited to get to Cuenca as I slowly made my way in the general direction of the Peruvian border. 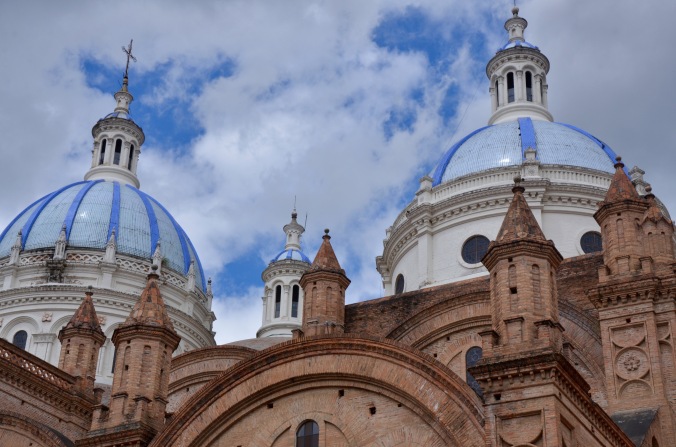 Now this is a town I like. It’s got the old Spanish architecture going on, the cathedrals are massive, the people are laid back and the food and ice-cream are excellent! I spent most of my time there exploring the old buildings (one of which was my hostel – old building in the process of being renovated – it had a creepy/cool feeling to it). 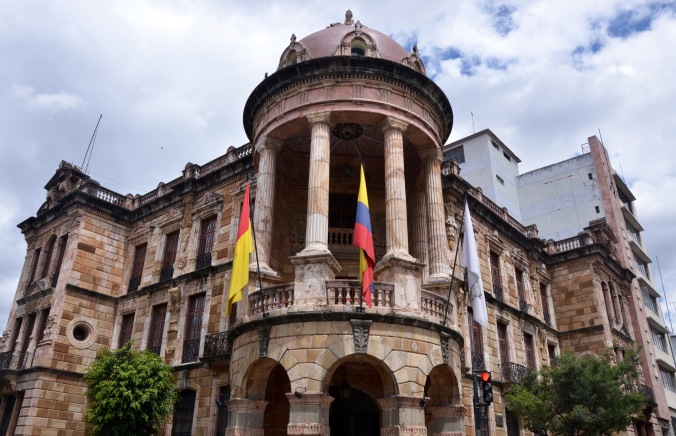 The real adventure from this past week was getting from Cuenca across the Peruvian border and eventually reaching my destination – a town called Huaraz in the foothills of the Peruvian Andes (foothills may not be correct – it’s altitude is already more than 3000 m).

If I had to choose between night or day buses, I’d go for the day time ones as we have more of a fighting chance on the windy roads. This being said, most of the long distance buses are at night and in this case, I think it was so that we could reach the border during the wee, ‘quieter’ hours.

No such luck – after 4 hours in the bus, we arrived at the border and waited in a queue for 3 hours (could be worse – I had flash backs of the half-day we once spent at the South Africa/Zimbabwe border!)

Once eventually stamped out of Ecuador and into Peru, another 9 hours of bus time lay in front of me. I had the pleasure of sitting next to a lady that kept on wanting to steal my armrest. I know it’s childish but if you have the window, the armrest is mine, so I spent the 9 hours reclaiming my territory! 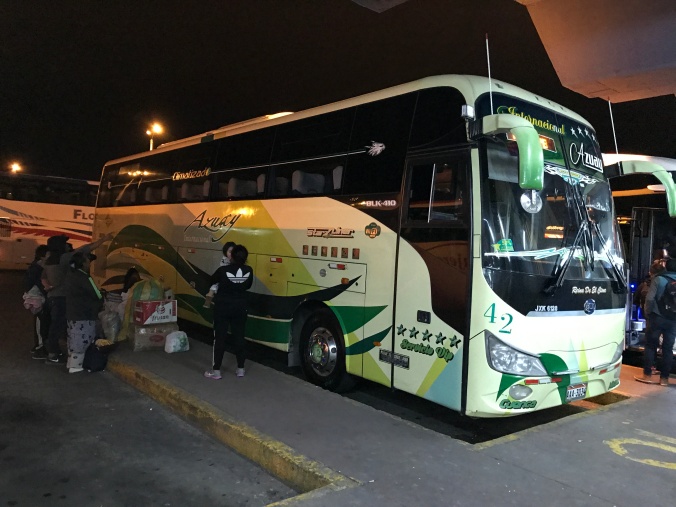 My chariot across the Peruvian border. 33 hours and 3 different buses later, I’m in Huaraz!

9 hours later, the torture was still not even nearly over – I had to change bus terminals in Chiclayo and find the bus taking me to Trujillo – the bus gateway point for Huaraz. For reasons I don’t understand, many buses don’t arrive at a central terminal but rather at their company offices – this makes finding an onward bus a bloody nightmare.

I could wax lyrical about getting to Huaraz until the cows come home. The important thing is I arrived 33 hours after beginning the trip and survived the ascent of 3000m to Huaraz in the middle of the night on windy, gravel roads, in a double decker bus in the pitch dark. Fun times!

Huaraz is trekking territory and thats exactly how the next 2 weeks will be spent!

One thought on “Banos, Cuenca and the never ending journey to Peru”