I’ve never been into an active mine, or any mine for that matter, but I had heard the stories about Cerro Rico, a once silver-rich mine dating back to the 1800’s that was one of the major suppliers of silver for the metal-hungry Spanish. Sure Marc, let’s go for a tour in an ancient mine, in the middle of nowhere. Great idea.

Getting to Cerro Rico means getting yourself to a town called Potosi which is easy enough. Finding a tour to the mine is obligatory as it’s still an active mine with at least 5,000 miners within it during the day.

You’ll be offered a million tours whilst walking around the city, but be sure to do your homework first. I found the idea of wandering around an active mine, as a tourist, watching the miners work, was something that unsettled me somewhat – it’s not a zoo and the conditions in the mine are harsh to say the least – I felt that being a tourist down there could be a little insensitive to the plight of the miners. 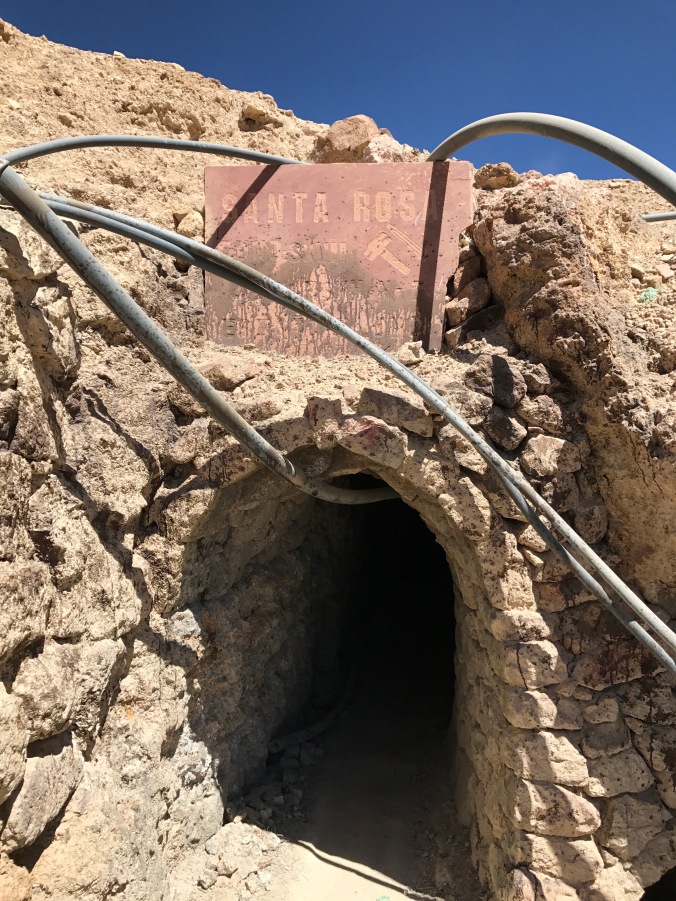 One of the many entrance tunnels to the mine.

This being said, I found an agency called Big Deal Tours who put my fears at bay – it’s an organisation that is run by ex-miners that know many of the current miners. Furthermore, a portion of your money goes to the miners too so the relationship as a tourist isn’t just a one-sided affair.

The miners’ drink of choice – 96% proof alcohol! Cheaper than beer so it’s a win with the miners.

Now the mine itself. Cerro Rico is casually called ‘the mountain that eats men’ as a result of the less than ideal working conditions. Just walking underground for an hour, I couldn’t get over the narrow passageways, dangerous environment and most importantly, the lack of specialised safety equipment worn by the miners. Although there is a minimum working age of 18, it isn’t enforced and as a result, some miners are as young as 11! Sadly, the average life-expectancy of miners here is ridiculously low.

It’s not surprising that when you take this all into account, the miners worship a god known as Teo, who is meant to direct them to good veins of minerals. The mine is littered with statues of Teo who looks like a devil to be honest, although our guide was hesitant to elaborate too much on this. Either way, if I stumbled upon one of those statues in the middle of the dark, it’s a guaranteed heart attack.

Teo – the god the miners worship to direct them to good mineral veins. You can come to your own conclusions about this being a devil or not.

Before we entered the mine, our guide suggested we buy some small supplies to give the miners as a gift for accommodating us. I bought a stick of dynamite off the street, along with a fuse. I literally bought this on a a street for R20!

I bought dynamite on a pavement for R20! I can’t say I enjoyed carrying it around for a few hours though!

On the topic of dynamite, nothing quite gives you the heebie jeebies like being in a mine, beneath 400 meters of earth and rock, listening to dynamite exploding in the distance – a completely unnerving experience at the best of times, let alone whilst in a 2,000 year old mine, which based on the news I’ve read, is due for a collapse any time now. 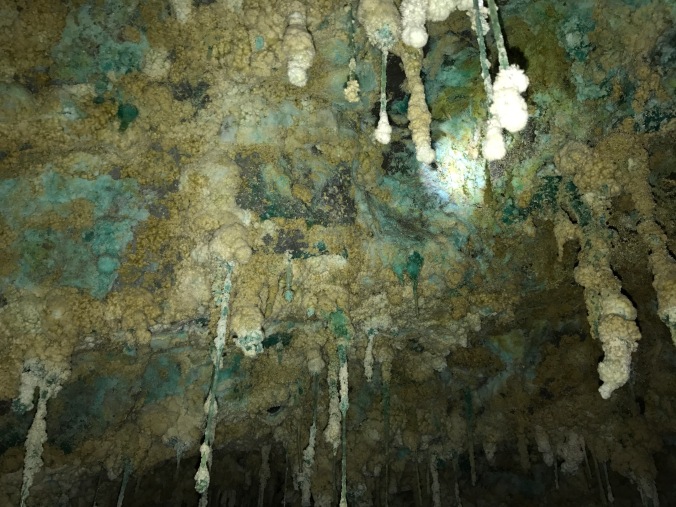 Some interesting sulphur formations in the mine.

Should you do a mine tour?

I’m not going to sugar coat this – the tour isn’t for everyone – the conditions down there are harsh – it’s dusty, smelly, wet, narrow and full of obstacles. You’ll exert yourself a bit but nothing too hardcore. Bear in mind it’s an active mine – you’ll be dodging mine trollies and it can get a little crowded. Factor this into your decision.

Secondly, there’s the ‘is this the right thing to do’ argument. If you’re not comfortable with the idea of going into a mine and seeing miners conduct their work on the basis that you feel it’s akin to voyeurism, then don’t do the tour.

Finally – choose your tour operator wisely – there are a lot of dodgy ones out there!

When I was in Indonesia, I went to the Ijen Plateau – also another notoriously dangerous and difficult mine – you can read about that experience here.