I’ve just spent 6 incredible days in Tibet. I write this to you now on the eve of my return to Shanghai and I’d be lying if I said leaving didn’t leave me with a heavy heart. This could be because there is another monster train trip waiting for me but it’s hard not to love this place from the moment you set your eyes on it. Knowing that I’m leaving it to return to the sheer chaos that is most of the rest of China makes me want to crawl into a hole and die.

In order to really understand Tibet, here is a one minute explanation of a small piece of its history. 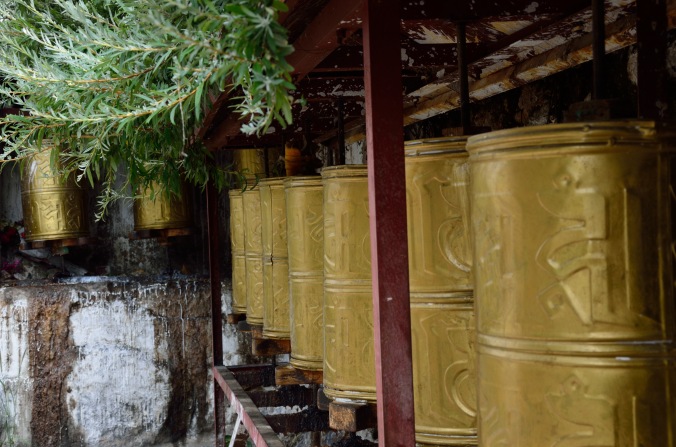 Prayer wheels at the Sera Monastery, just outside Lhasa.

Despite the above, I found the Tibetan people to be the friendliest, kindest, most genuine and genuinely happy people I’ve encountered in my 8 weeks in China. A smile is no more than a wave away and I feel that the majority of Tibetans will go out of their way to make sure you’re comfortable/happy/had enough to eat, etc. I can’t say I encountered the same hospitality anywhere else I’ve visited in China. 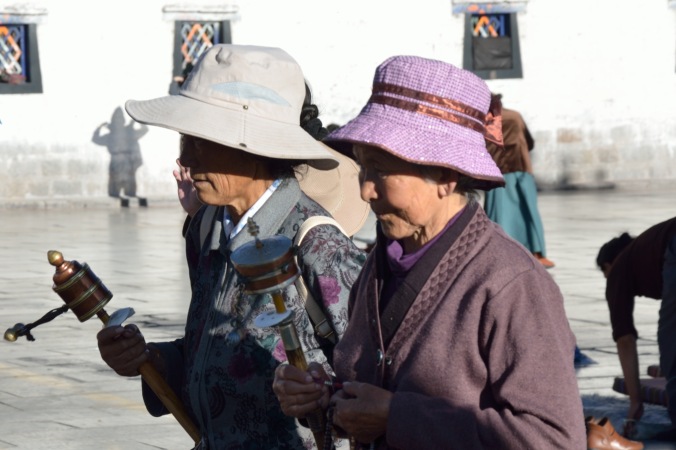 Two ladies completing a circuit of the Kora in Lhasa

As an aside, as I wrote this, this ancient Tibetan lady opposite me in the train, her face beautifully aged like a roadmap, just gave me a few of her biscuits. I know it sounds silly, but this melted my heart!

Tibet is distinguishable from the rest of the places I’ve visited here by its altitude, thanks to its location near the Himalayas. Lhasa, the capital, is 3600m above sea level. The first thing you’ll notice is going to be the varied landscapes and the occasional snow covered mountain on your train trip here. The next thing you’ll notice is a dull headache thanks to the altitude. 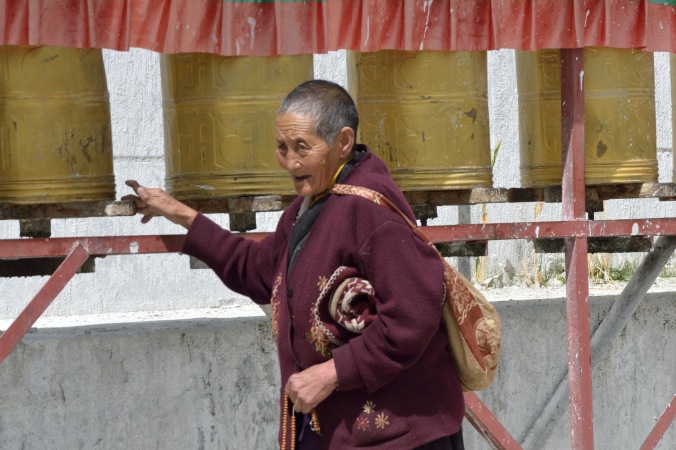 A little old lady doing her morning pilgrimage at the Sera Monastery. Interestingly, I spotted her at 2 other religous sites that day!

As Tibet is located in the west of the country, there are much less people as most Chinese citizens are concentrated around the east- home to the big working cities. This really made me happy as crowds really don’t do it for me. There will still be some crowds, but not the spastic, selfie- stick wielding 19 year old semi- pubescent, fake designer clothes wearing citizen from a country I don’t want to mention. Instead, the crowds at the monasteries will mostly consist of devout pilgrims.

Tibet has a soul. You feel it when you walk around, be it in the numerous monasteries, or whilst circuiting the Kora in Lhasa. The markets are alive at night and although they will turn you vegetarian, are home to some great food. When you venture out to the mountains, you will be blown away by the omnipotence of the place. There’s something about prayer flags blowing in the wind that makes one want to sit down and watch the countryside for hours at a time. 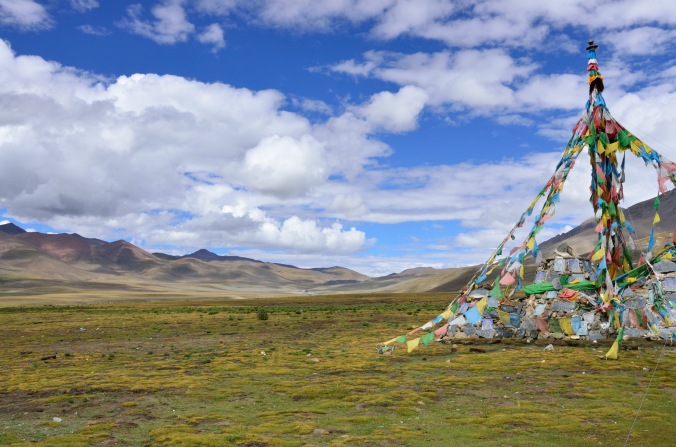 Prayer flags in a valley enroute to Shigatse – our destination for the night.

I think a trip to Tibet should be viewed more as a pilgrimage of sorts rather than a holiday, or a backpacking adventure. I don’t mean a religious pilgrimage, but one which will open your eyes to a part of the world that is really special, and sadly, slowly being disassembled as the Chinese industrial monster continues to grow.

Ok, this is as serious as I want this blog to get. I’m heading to Vietnam on Thursday and can’t bloody wait. I need a beach and numerous cheap beers in my life. China has been an experience (good and bad) but the time has come to move on now… I fear I’m one Chinese train station away from dousing myself in petrol and setting myself alight.