The temples of Angkor. Wow! The collection of temples made me wish I was born a few centuries ago to be amongst one of the few to have discovered them. They’re gobsmackingly beautiful. Most of them were being built around 900AD and are still standing. Quite a feat when you think that the average skyscraper in China only lasts 20 years!

Before you get into the pictures, bear in mind that what you’re looking at is over 1,000 years old. Nature is taking over the sites which poses a difficult problem for the powers that be: curb the progression of nature and lessen the sheer wonder of what is happening, or leave it be and effectively destroy everything. They’ve opted for a middle route between these 2 options and I have to say, the Cambodians are doing a fine job at it.

I remember going to the pyramids on the Giza Plateau just outside Cairo and seeing some of the stone work being crudely restored. It’s upsetting when these things don’t work too well, but fortunately, this isn’t an issue here.

One of the must-see things to do at Angkor is watch the sunrise over Angkor Wat – the main temple on the site. You won’t be alone as there will be hundreds of other people trying to capture the perfect sunrise. It’s quite something to see the main towers emerge from darkness as it gets brighter. Angkor Wat is the largest religious monument in the entire world. 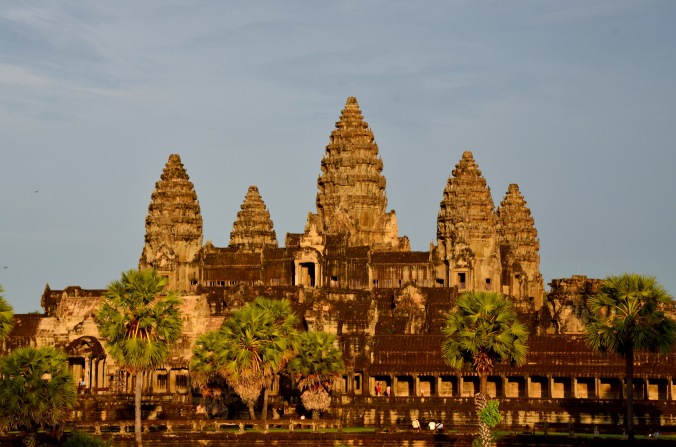 The sun was setting and brought out the awesome craftsmanship of Angkor Wat.

In order to access the next main complex called Angkor Thom, you have to cross a bridge lined with statues. 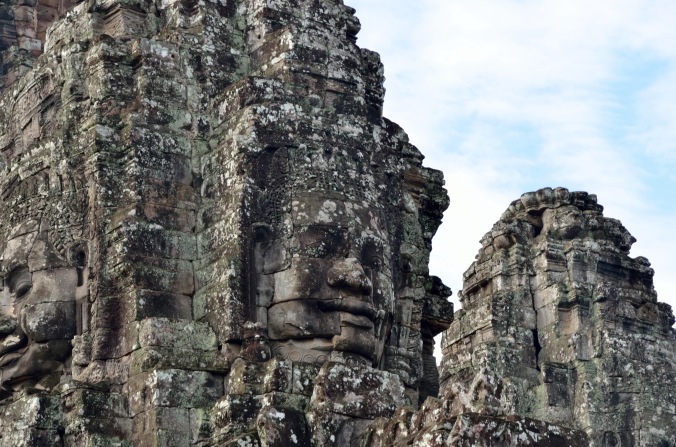 Bayon – one of the major temples in Angkor Thom. It’s known for having more than 40 faces carved into the temple structures. It’s incredible.

Bayon – you’ll feel watched wherever you go inside this temple!

More of the faces at Bayon.

And another one for good measure. 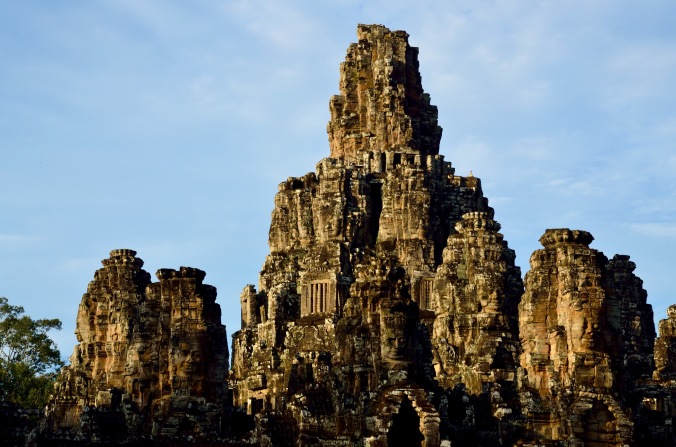 One of my favourite temples: Ta Prohm. It’s referred to colloquially as the Tomb Raider temple as it was used as a backdrop for part of the movie. It’s ancient and one of the temples where nature really is taking over in a big way! 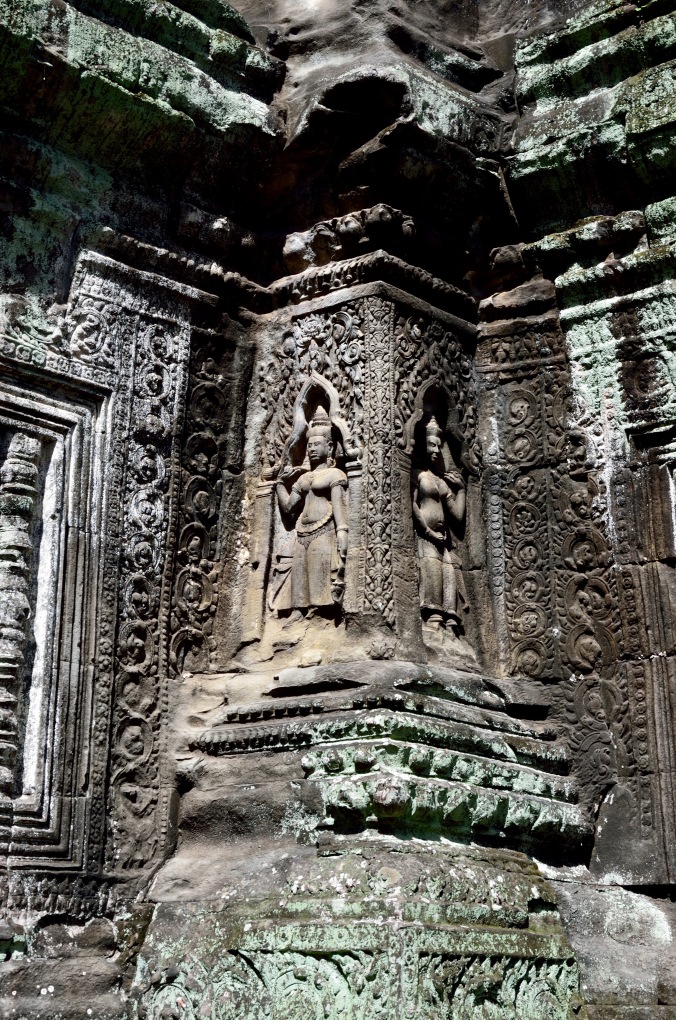 Remember: over 1000 years old! These carvings certainly have withstood the test of time.

I think this one is a tie between nature and Angkor! 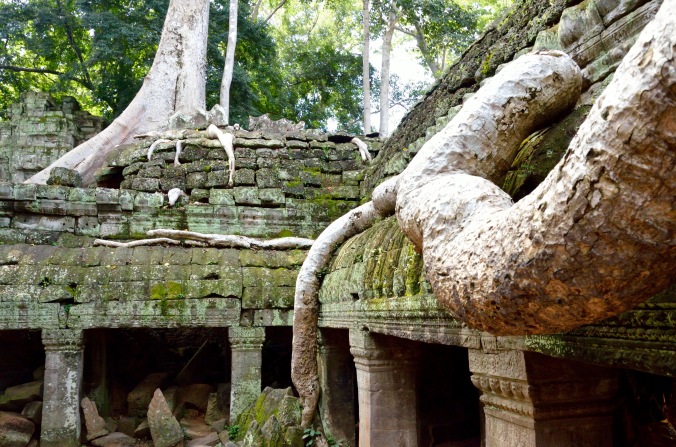 A protector at the entrance of another favourite – Preah Khan. It’s a special one as it’s half Buddhist and half Hindu.

How big is this tree? 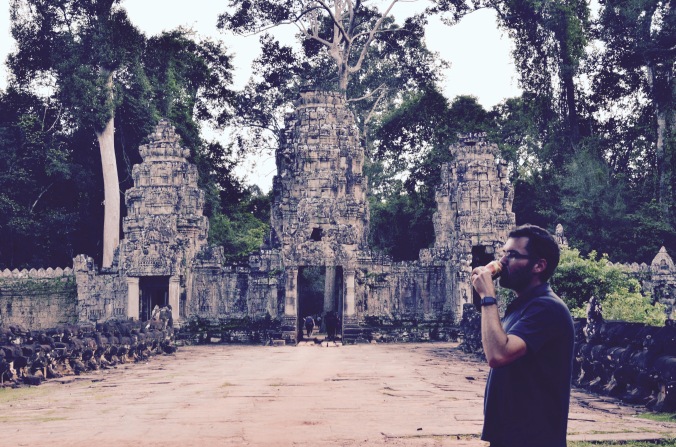 My mate reckons you haven’t really been to Angkor unless you have an Angkor beer there.

Banteay Srei – this one is much further away from the main temple complex and is different from other temples as it is carved out of harder pink sandstone so the carvings are in much better condition.