Pangandaran is on the map as it’s where people come to learn how to surf. I’m not a surfer but came here to explore its natural charm and left today feeling completely fulfilled. From canyons, jungles, valleys, black sand beaches and abandoned shores, I love this place.

I arrived on a Wednesday out of tourist season and to describe the town as dead would be a gigantic understatement. It turns out Pangandaran only wakes up to local tourists on the weekend, and foreign tourists during the peak of the tourist season (May- September). This was perfect for me as having just escaped Jakarta, I needed space and zero traffic. 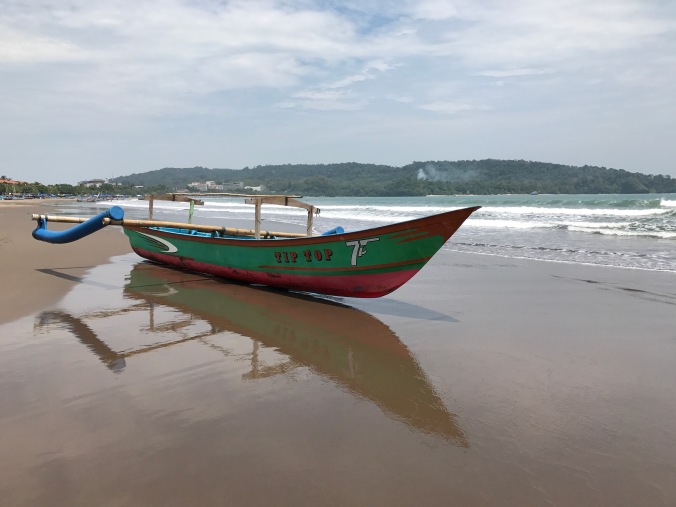 First off, I stayed in an awesome guesthouse called Rinjani Guesthouse. The host, Bill, has this motto – “anything is possible” and goes out of his way to help out, be it from tour recommendations to where you can find an ATM.

The primary reason I found myself in Pangandaran was to explore the Green Valley and Green Canyon. You can tour these independently by hiring a scooter and bouncing around. I’m not the biggest fan of organised tours but honestly believe tours are the best way to make the most of these 2 attractions. I chatted to Bill and he offered me a tour which he’d oversee – just 4 people and no tourist traps. It was truly brilliant. I got to see villages and farms I’d never have been able to find on my own, let alone navigate a scooter to. To say the village roads are agricultural would be an understatement! 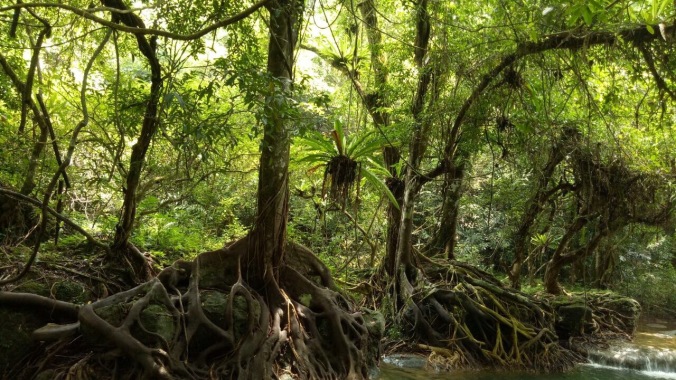 The Green Valley is just that – a lush green valley with a beautiful river, complete with cascading waterfalls, flowing through it. Getting here on your own on a scooter is simply a case of following a main road, but getting here on a good day tour will see you passing by the smallest of agricultural villages, waving school kids screaming hello, and rice paddies for days! It’s hard to believe this even exists after the chaos that is Jakarta.

The valley is a great place to enjoy the river, either swimming in it, exploring the caves, jumping off waterfalls or swinging like an ape off ropes! 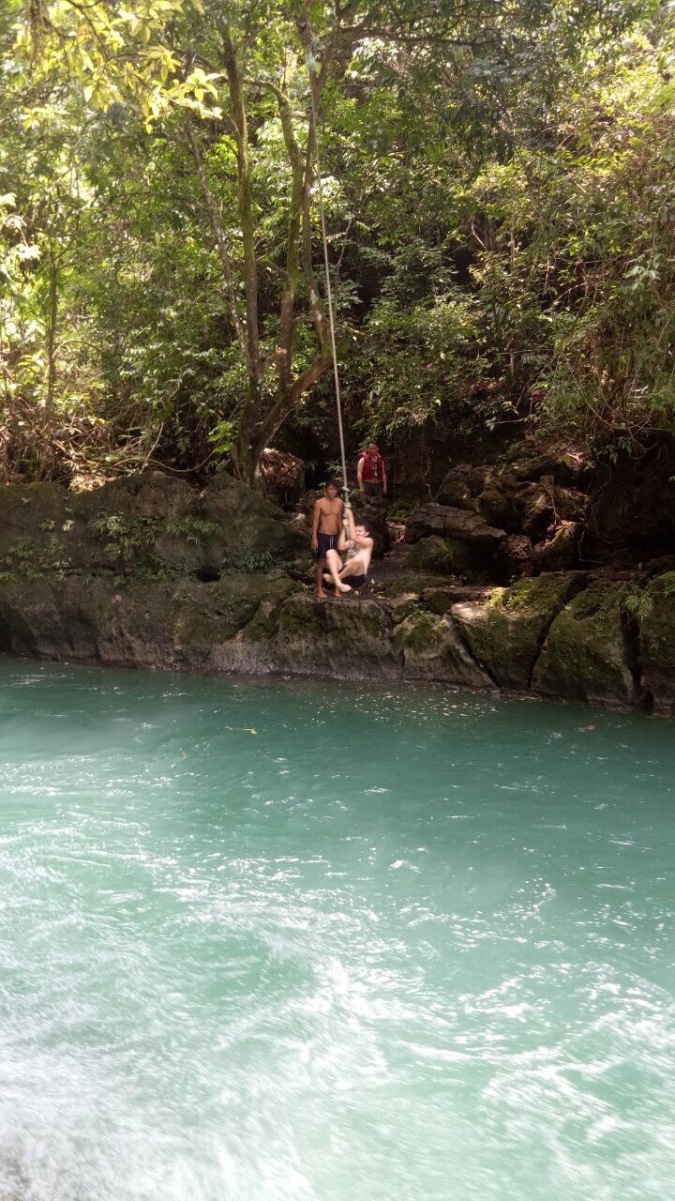 The Green Canyon is also not creatively named. It’s a green canyon but also a beaut. Surrounded by cascading rapids which you can swim through (I recon don’t attempt this if you aren’t able to swim – you’ll get into trouble). We ventured a little further up the canyon and it’s beautiful but not too easy to get to as you’re swimming upstream in a canyon.

That evening, there was an earthquake 40 odd kms off the coast of Java and it was felt in Pangandaran. Google has this amazing feature which lets you know if you should be worried about tsunami’s or not. Thankfully, this one was safe, but it made me realise just how fresh the memories of the tsunami in 2006 and the Banda Aceh disaster in 2004 is in the minds of the locals living here.These towns were obliterated.

On a happier note, I hired a scooter and went exploring the lesser known beaches around the area the following day. The ride is awesome as you follow the coastline most of the way. The other side of the road is littered with small huts and rice paddies.

I discovered one beach called Batu Hiu – this long stretch of black sand, virtually devoid of human life. The sea here is pretty rough and the breaking waves are violent and makes quite a sight to be seen. I walked along the length of it and throughout the walk, I only encountered 2 local fishermen! 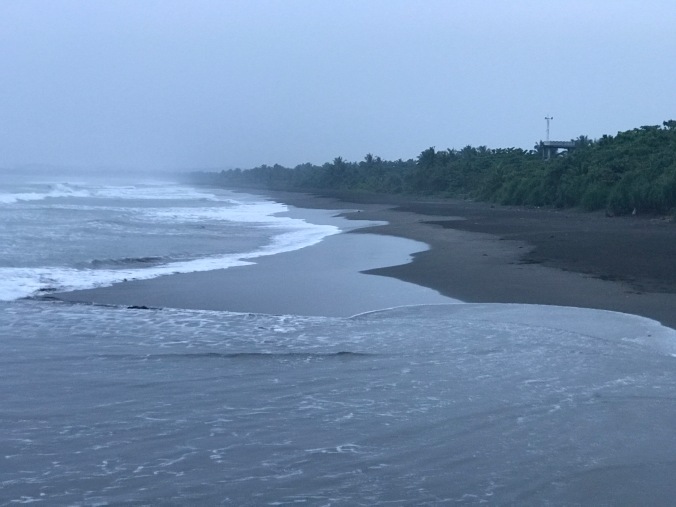 I made my way to Yogyakarta today and just arrived after a 10 hour treacherous bus ride. I’m here safely, thankfully!

One thought on “Pangandaran – a hidden gem”