We throw around this word ‘genocide’ sometimes without really understanding what it means. The word obviously is a fearful, brutal one… ‘the intentional act to destroy a people in whole or in part’. Absorb that for a second. DESTROY a people.

I crossed into Cambodia the other day and my first stop was its capital city, Phnom Penh. I had heard that there were some interesting sites around the city relating to the genocide that occurred in Cambodia but it never really hit home until I visited them. I for one was left horrified and as I write this, I still feel a little sick by the devastation caused by the Khmer Rouge.

The Khmer Rouge came to power as recently as 1975 and during their short 5 years in power under the leadership of ‘Brother Number One’, Pol Pot, an estimated 3 million of Cambodia’s 8 million population at the time, were murdered. And we’re not talking a painless type of murder, we are talking serious torture, sometimes rape, and then slaughtering as bullets were expensive. 3 million of 8 million. Nearly half… if you’re a family of 4, say goodbye to 2 loved ones.

S21. This used to be a high school but was converted into a prison and torture camp by the Khmer Rouge.

Pol Pot had a vision of taking Cambodia back to year 0 where any form of intelligence was frowned upon. In essence, he wanted to go back to simpler times and create an agrarian society if you will. His army, mostly young teenagers, were instructed to drive Cambodian citizens out of all the major cities into the countryside to farm. Many people had no idea how to farm as they grew up in the cities and had either studied something more theoretical or had non-farming skills (doctors, lawyers, accountants, engineers). Pot set ridiculous rice harvest targets in the villages which were impossible to meet and thus led to terrible repercussions for the people.

The darker side to the above is many “intelligent” people were considered to be spies and traitors. Pot was a highly suspicious man. Your intelligence was sometimes determined in such insane ways like if you wore glasses or had soft hands. These people were arrested and taken to special prisons, the most notorious being S21 (Tuol Sleng Genocide Museum), a high school that was converted into a house of horrors. Torture was extreme here and the now museum has a collection of photographs showing the prisoners before and after torture. I’m not even going to try and describe this, it’s too much.

One of the torture chambers at S21 which used to be a class room. A prisoner was strapped to this bed and tortured as many as 3 times a day about made up crimes he knew nothing about.

The crazy thing is Pot had indoctrinated his young army into performing the tortures. Many of the soldiers were younger than 16, some not even teenagers, who were torturing these suspected spies. And the truth is they weren’t spies. These were innocent people forced into confessing things they didn’t even know about. One guy confessed to breaking a sewing needle. That cost him his life.

From S21, after the powers that be determined the prisoner was of no more use, they were shipped off in the dark of night to killing fields where they were murdered. No bullets were used as they were expensive and loud, so these poor people were made to kneel at the side of a pit and then bludgeoned to death with hammers, axes, machetes, etc. To make sure they were dead, a soldier stood in the mass graves and slit all their throats.

Some of the 8,000 human skulls housed in the memorial stupa at the Killing Fields.

As many as 300 people a day were killed in the killing field in Phnom Penh  (Choeung Ek), one of hundreds of killing fields across the country. On rainy days, ground staff still to this day discover bones and teeth that have been washed up from the ground. It’s completely harrowing. I can’t even begin to describe what it was like walking around Choeung Ek, knowing the hell that happened here. Soldiers used to kill babies by holding them by their small ankles and thrashing them against a tree.

The Killing Tree against which small babies were smashed to death.

Pause and think about this: this was our parents generation. Removed from your homes, sent somewhere you don’t want to be, doing something you don’t want to do or know how to do. Tortured and murdered en masse. 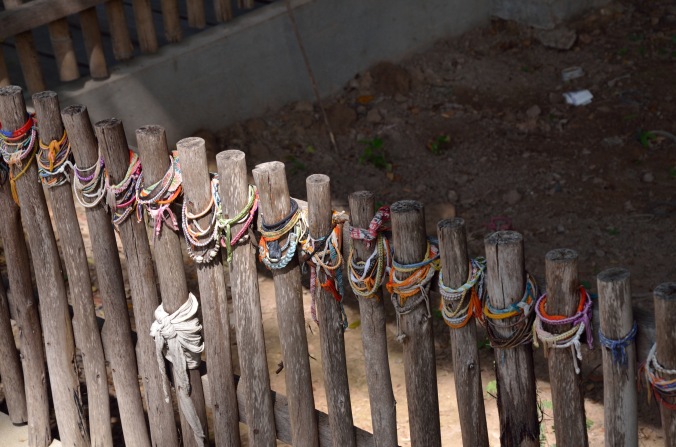 One of the mass graves found at the Killing Fields.

South Africa and the ICC

The world needs to make sure this sort of crime against humanity never ever happens again and it’s precisely the reason the International Criminal Court (ICC) was established: to hold those responsible for such atrocities accountable and hopefully prevent it from happening again.

It’s for this reason that South Africa’s decision to withdraw from the ICC is despicable. The argument used by many African leaders against the ICC is their belief that the ICC only targets African countries. There’s actually a really simple reason for this- the court was only established in 2002 and can’t retrospectively prosecute any person for crimes committed prior to its inception.

One thing I find amusing is that of the African countries being investigated/leaders being prosecuted, many of these countries were investigated AT THE REQUEST of African countries. Furthermore, you have to ask why these countries became signatories to the Rome Statute in the first place and now when it’s not convenient for them, they choose to complain and want to leave. Thus, the arguments used that throw around words like “colonialist court” and “anti-African” and the like are baseless. I hear you screaming “What about Iraq”? It’s not a signatory of the Rome Statute so the ICC can’t investigate it. 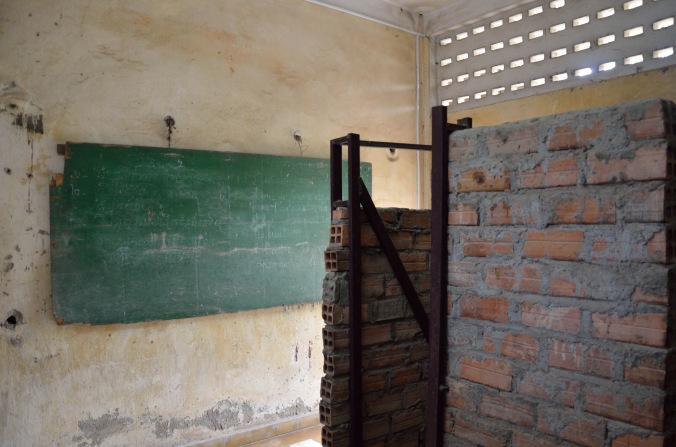 One last point on this: the ICC is a court of last resort. Ideally, the countries within which these atrocities occur should prosecute the criminals but alas, they don’t/can’t.

Frankly, you can’t play with the big boys in big countries if you can’t even play by the rules you yourself agreed to.

Why is it a big thing if South Africa withdraws from the ICC?

The ICC can only prosecute signatories to the Rome Statute (or if the UN Security Council refers that country to the ICC, as it did with Libya). So if you’re not a signatory, the ICC doesn’t have jurisdiction. South Africa, being the most developed country in Africa, has influence over the rest of Africa, thus its withdrawal may tempt other African countries (who are already signatories and have ratified the agreement) to withdraw, thus rendering the good intentions of the ICC in Africa useless. We already see Omar al-Bashir encouraging African leaders to withdraw. One step forward, a thousand steps back.

But I digress. You have war criminals and war victims. Human beings should never ever take the side of the war criminals. Ever. Regardless of your race, nationality, continent, language, gender, sexual orientation, whatever. Let’s forget the complexities of the ICC and being a member state and signatory (it’s complicated- I’ve been trying to figure it out with the help of someone who knows a lot more than me and it’s hell of a complex), as human beings, this is not right and can never be considered to be right to side with the perpetrators of such horrific crime. Forget ethnicity and geography here – where’s the morality?

Omar al-Bashir, Jacob Zuma’s friend and the man South Africa failed to arrest when he landed in South Africa (despite South Africa being obliged to arrest him), is responsible for up to 400,000 deaths in the Darfur war. The war in Darfur has been labeled by the United Nations as the “worlds worst humanitarian crisis”. How can our country possibly align with him?

A picture speaking a thousand words?

What can we do to stop this? Firstly, we can acknowledge it’s not right and learn from the past. Learn about Darfur and Sudan, about the DRC, about Rwanda and the genocides that happened there. Learn about Joseph Kony, Pol Pot, Hitler and Gadaffi. Learn about the Khmer Rouge and the Lords Resistance Army. Get horrified. Get angry. Get disgusted. I honestly believe the only way this won’t happen again in our world is to educate ourselves about these atrocities so when your country wants to withdraw from something like the ICC, you can say hell no, I don’t agree, I don’t accept this.